We would like to offer our sincere support to anyone coping with grief. Enter your email below for our complimentary daily grief messages. Messages run for up to one year and you can stop at any time. Your email will not be used for any other purpose.

Share a memory
Obituary & Services
Tribute Wall
Read more about the life story of Thomas and share your memory.

Thomas A. O’Leary, 84 of Zanesville, passed away peacefully surrounded by his loved ones on January 13, 2023, at Grant Medical Center in Columbus, Ohio.

He was born on May 31, 1938, in Reno, Nevada, to the son of the late Frances A. O’Leary and Elaine (Bechtel) O’Leary. Tom grew up in Reno, Nevada. In high school, he coached boys’ basketball. He later attended the University of Nevada, Arizona State University and Puget Sound College, where he played on a football scholarship. He later owned several businesses through the years, one being O’Leary Christmas Tree Farm in McConnelsville, in which he loved dearly. He was an active member in the Ohio Christmas Tree Association.  In most recent years, in his spare time, he enjoyed his animals and gardening. Above all, he loved his family and wife.

In addition to his parents, he is preceded in death by his brothers, Michael O’Leary, John O’Leary; sister, Barbara Shank.

Per Tom’s wishes, a dignified cremation will take place. A private family service will be held at a later date. Burial will follow at Rose Hill Cemetery.

In lieu of flowers, donations can be made to the Muskingum County Animal Shelter in honor of Tom.

DeLong-Baker & Lanning Funeral Home is assisting the family with arrangements.

To send flowers to the family or plant a tree in memory of Thomas A O'Leary, please visit our floral store. 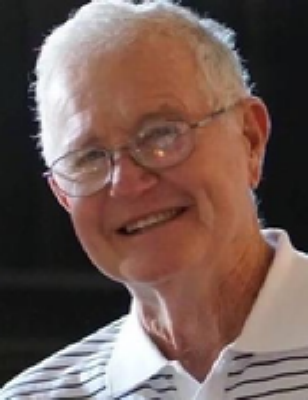 In Loving Memory Of

Look inside to read what others
have shared
Family and friends are coming together online to create a special keepsake. Every memory left on the online obituary will be automatically included in the book.

In Loving Memory Of

Look inside to read what others have shared

Family and friends are coming together online to create a special keepsake. Every memory left on the online obituary will be automatically included in the book.

You can still show your support by sending flowers directly to the family, or by planting a memorial tree in the memory of Thomas A O'Leary
SHARE OBITUARY
© 2023 DeLong-Baker & Lanning Funeral Home. All Rights Reserved. Funeral Home website by CFS & TA | Terms of Use | Privacy Policy | Accessibility